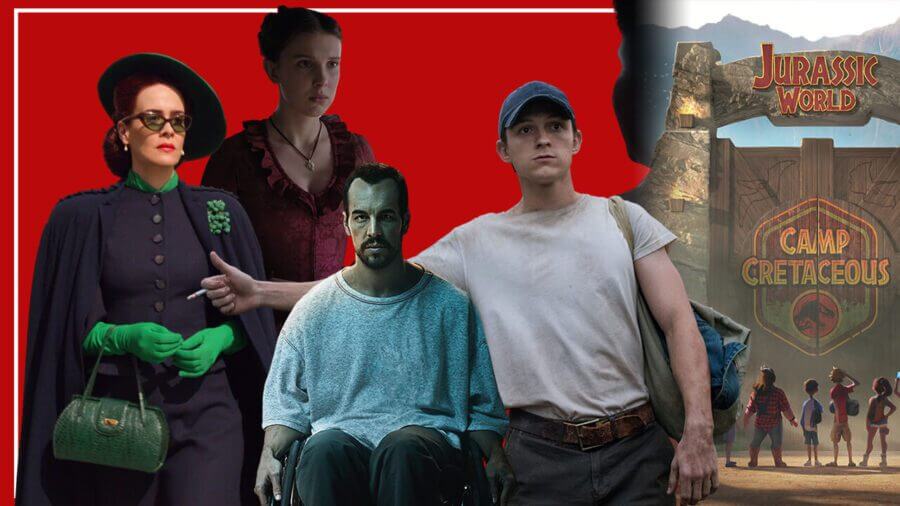 It’s time to take a look at the top 10s on Netflix around the world to see what’s been trending across the globe over the past week. The Devil All The Time and Ratched which both released last week lead the way but Enola Holmes will almost certainly take the crown next week. Here are the top 50 movies and TV series on Netflix between September 20th and 27th, 2020.

Before we get into the full lists, here’s a few quick observations from the past week.

Ratched was the biggest title of the week around the world-beating out The Devil All The Time (which released 2 days before Ratched). That shows popularity has transcended borders.

Speaking of transcending borders, The Paramedic, a Spanish thriller has performed well in many countries around the world.

Jurassic World: Camp Cretaceous also has had an incredible week on Netflix being popular in most regions around the world. To date, we suspect it’s the strongest performing debut season of a kid’s animated series.

Enola Holmes as we’ll report on soon had the biggest movie debut on Netflix to date but given it released partway through the week, doesn’t appear at the top of this list.

This data is provided exclusively to What’s on Netflix via Flixpatrol.

Note: this list contains data collected between September 20th to September 27th, 2020. 87 Netflix regions data are used for this list. Netflix Originals tend to skew higher given they are available more widely around the world. Titles at the top of the top 10 lists are granted 10 points and those at position 10 are granted 1 point. Titles that are added part way through the week are also at a disadvantage in this model.