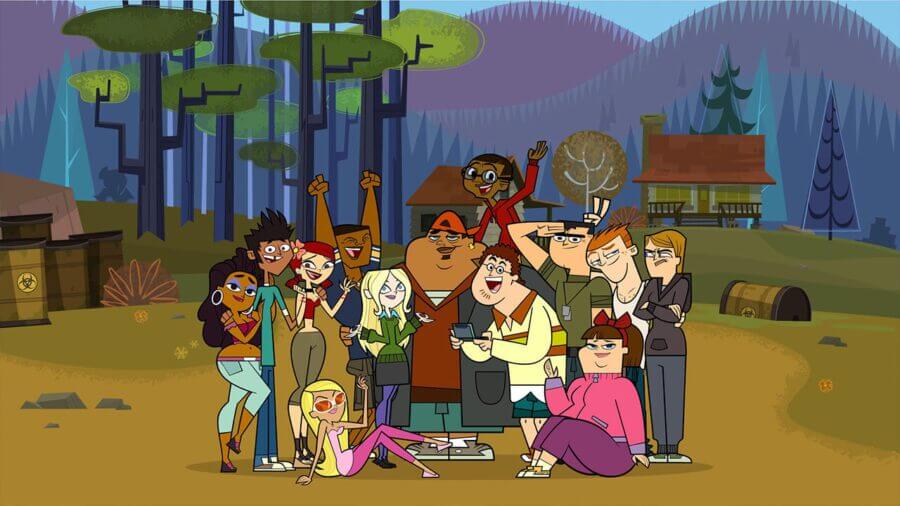 The global rights to Cartoon Network’s Total Drama are soon coming up for renewal with the series currently due to leave Netflix globally in November 2020.

Updated (10/11/2020): The removal date has been removed from all countries indicating the series has been renewed. We’ll update should we hear further.

The popular Canadian series which found a home on Cartoon Network is a cartoon take on the reality TV series format and widely considered to be on of the best series CN has ever carried.

Jennifer Pertsch and Tom McGillis are behind the series.

Although the series has been streaming in some form since 2014, Netflix has only housed all five seasons since 2018 at least in the United States.

The series is not owned by Netflix, however, it’s owned by an independent company, Cake Entertainment who also owns and distributes the Angry Birds TV series (some are on Netflix), Thumb Wrestling Federation and Eliot Kid. They also produced Bottersnikes & Gumbles which is a Netflix Original commissioned series.

All five seasons of the show will expire from Netflix in all regions on November 1st, 2020 as the rights come up for renewal.

Where will Total Drama stream after it leaves Netflix?

That’s not yet decided at least from our research.

The series would make the most sense heading to HBO Max to sit alongside its other Cartoon Network lineup but the decision ultimately falls to Cake Entertainment who will likely shop to the highest bidder.

We reached out to Cake Entertainment for a statement who wasn’t able to comment.

Netflix USA is set to see several kids titles removed around the first of November. Other titles include Goldie & Bear (one of the last titles from Disney Junior available on Netflix), Sylvanian Families and Harry and Bunnie.

It’s worth noting that Netflix recently picked up another Cartoon Network show (again, not distributed by Warner but still originally aired there) with new seasons of Johnny Test due out on Netflix exclusively in 2021.

Will you miss Total Drama when all five seasons depart from Netflix globally in November? Let us know in the comments.