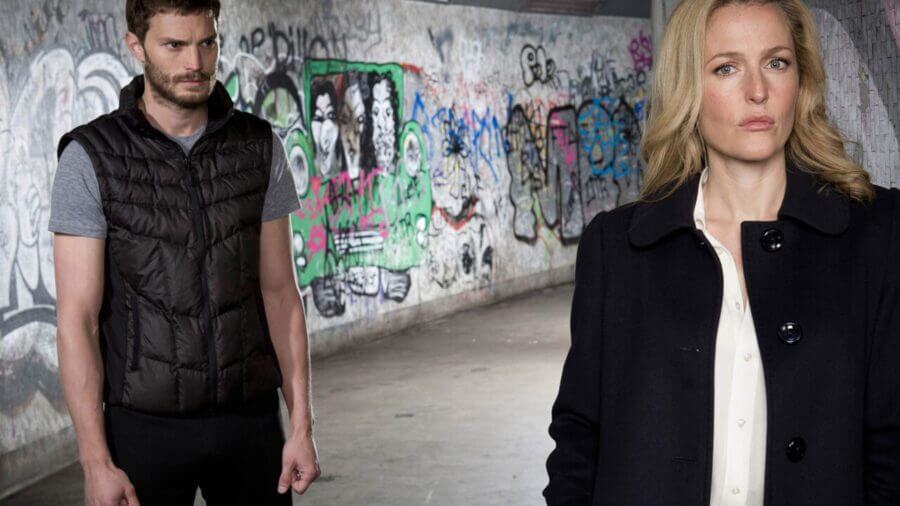 The Fall has seen a resurgence in popularity over the past year thanks in part to it returning to Netflix UK earlier this year (sadly not other regions) but if you’re looking for something similar right now on Netflix, here are a few suggestions to series that are similar to The Fall.

So what are we looking for exactly when searching for alternatives to The Fall? Well, excellent writing is a given but we’ll be looking for superb British crime dramas as a priority. We’ll also try searching for other titles that feature Gillian Anderson who is one of the major draws for the series.

Without further ado, here are four TV series (and a bunch more beneath that) of TV series worth of your time:

We’ll begin with Young Wallander which is based on the Swedish and British TV shows of the same name which are themselves the sublime novel series.

Although Netflix’s version suffers from a bit of an identity crisis (leading to some speculation season two may never come) it still follows some of the same tropes as The Fall and is available on Netflix globally making it an easy recommendation to anyone.

Dubbed as a Netflix Original in the United States (but still mostly available outside) is Marcella which recently got its third season added to Netflix US earlier in 2020.

The crime drama also has a female lead but focuses on a character who is suffering from other demons in her life such as memory blackouts and struggling with her mom.

Genre: Crime Drama
Note: Not available in the United States

As far as British crime drama series go, you can’t beat Line of Duty. The long-running series features some of the most engaging stories within the genre that we can think of. It’s got a great cast that regularly switches it up with new guest stars.

Six seasons have been released/announced thus far all of which are more captivating than the last.

While the show is not available on Netflix US, you can find it on AcornTV.

OK, the only thing this has in common with The Fall is the fact that Gillian Anderson steals away the spotlight in this series as she does in the crime drama.

She plays the role of Otis’s mom in the series who works as a therapist and sex counselor. She’s stellar in every single scene she stars in and couldn’t be more different from the character she plays in The Fall.

Of course, The Crown season 4 is set to star Gillian Anderson later this year so that particular season could replace this recommendation but frankly, both are worthy of watching.

More TV & Movie Recommendations if you love The Fall

Recommendation engine TasteDrive also has put together a list of its own recommendations which includes several great titles you may have difficulty finding on Netflix.

Here’s what they recommend: